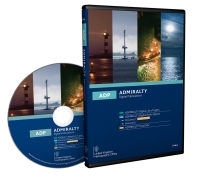 Updates are provided electronically every week.

UKHO says that all ADP applications can also be viewed as a single layer on top of official navigational charts, using ADMIRALTY e-Navigator.

“With the launch of ADMIRALTY Digital Radio Signals volume 2, our expanded portfolio of digital publications is even more valuable as a voyage planning and navigational tool for ship owners, ship operators and bridge crews,” said Josephine Washington, product manager (Publications) at the UKHO.

“ADRS 2 contains the same important information as its popular paper equivalent, but is now even better thanks to the benefits that the digital format can offer, including speed and ease of use.”

UKHO says that each of its digital publications, including ADRS 2, is SOLAS-compliant and approved by the Flag States of over three quarters of ships trading internationally. It is offering new customers a 3-month free trial of ADP, which includes ADRS 2, ADMIRALTY Digital List of Lights, ADMIRALTY Digital Radio Signals Volume 6, and ADMIRALTY TotalTide.