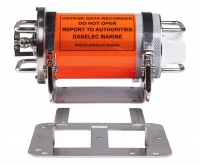 {mprestriction ids="1,2"}“Many ships are still equipped with VDRs and S-VDRs that were installed more than 10 years ago to meet the initial IMO carriage requirements,” said Danelec Marine CEO, Hans Ottosen.

“These systems are nearing or beyond their projected service life, and some are no longer in production or supported by their original manufacturers. We have developed a set of hardware, software and data interfaces that substantially reduce the time and cost of replacement by retaining the existing cable runs and mounting hardware.”

Remote Data Interface (RDI) units are available for serial, analogue and digital connections. Existing cable runs can be re-used, and installed sensor interface units can be either re-used or switched for Danelec’s new boxes. A free software tool for conversion of old configuration files is also provided.{/mprestriction}