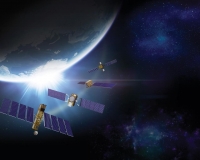 {mprestriction ids="1,2"}Fugro’s G4 service, launched in February 2015, was the first to utilise all available global navigation satellite systems (GNSS) – GPS, GLONASS and BeiDou. The company says that from its launch date the service was prepared for Galileo, and Fugro’s G4 users now have access to almost 80 satellites from the four GNSS systems.

“Crucially, we were the first to use all of the existing global navigation systems when we launched our G4 satellite correction service in February 2015. Now G4 service users will be among the first to benefit from the 11 additional satellites available via Galileo’s initial services operations.”{/mprestriction}