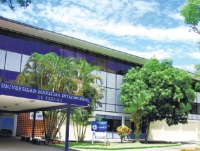 The International Maritime University of Panama

In February, IMO announced that Jomo Kenyatta University of Agriculture and Technology (JKUAT) would host MTCC-Africa, while Shanghai Maritime University in China and the University of Trinidad and Tobago were announced in December 2016 as the hosts of MTCC-Asia and MTCC-Caribbean respectively.

One further MTCC will be established in the Pacific in due course, to form a global network of five centres.

The regional MTCCs are tasked with delivering agreed project milestones over a three-year period, to make a significant contribution to IMO’s efforts to ensure effective implementation and enforcement of the global energy-efficiency regulations for international shipping.

The MTCCs will receive allocations from the €10 million European Union funding for the project. They will be established and resourced to become regional centres of excellence, providing leadership in promoting ship energy-efficiency technologies and operations as well as the reduction of harmful emissions from ships.{/mprestriction}