NI finds mariners pragmatic about the introduction of automation 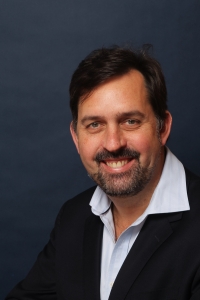 A survey conducted by the Nautical Institute to understand seafarers’ current thoughts on the introduction of automation has found that mariners are fairly pragmatic about the increase of technology onboard.

{mprestriction ids="1,2"} According to David Patraiko FNI, Director of Projects at the NI, “They (mariners) can see scope for improvement but are also guarded about the potential risks. Many praised technology for the improvements it has brought, such as automatic positioning systems (ECDIS) making manoeuvring in tight areas easier, and automatic monitoring of cargo and unmanned spaces giving greater confidence.”

One of the big issues highlighted by the survey was trust. “For an autonomous system to be useful there needs to be a high degree of trust, either that the system won’t fail or that if there is a failure, there will be a ‘graceful degradation’ in the system giving the people onboard time to take over control,” David Patraiko said.

Mariners recognise that they will need new training to feel confident and competent in the use of new technology. This will be the focus of The Nautical Institute’s AGM and International Conference 2020, which will take place between 1-3 July at the University of Plymouth. {/mprestriction}