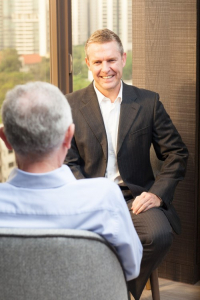 Shipping leaders have united in their support of pollution mapping initiative Eyesea which was officially launched today. Eyesea, a not-for-profit organisation, uses cutting edge technology and the support of seafarers, shipowners, managers and maritime professionals to collect and process oceanic pollution data.

The data is used to build detailed maps and charts available free of charge to governments, clean-up groups, researchers, local authorities and a range of other stakeholders, enabling them to take targeted clean-up action and make evidence-based policy decisions.

“With the full support of the shipping community we believe Eyesea is a game-changer for global maritime pollution,” said Eyesea founder, Graeme Somerville-Ryan.

“Everyone from shipping involved in this project wants to tackle marine pollution in a more systematic and qualitative way than is currently possible. That was our start point. The solution we settled on was to create the first-ever global database of oceanic pollution.

“By identifying and tracking patterns of pollution over time, stakeholders will also be able to focus resources and policies to improve prevention.”

Approximately 60 commercial ships and a number of superyachts are currently preparing for sea trials of the beta version of the Eyesea app.

The Eyesea reporting tool allows seafarers to collect and submit data on marine pollution by simply taking a photo and categorising the pollution type. Images are then automatically GPS-tagged, anonymised, and vetted before being incorporated into a comprehensive database of pollution to enable Eyesea to create detailed oceanic maps and charts.

“When we looked into the problem of blue water and coastal marine pollution, we found there was very little global data on the problem,” said Mr Somerville-Ryan. “There were many assumptions based on small-scale data samples and unicorn-like rumours, but there was very little large scale data backed up by georeferenced points of interest. It occurred to us that solving the pollution problem was going to be impossible if we didn’t know accurately what was going on and where. Eyesea’s data and maps will empower environmental leaders with actionable, empirical evidence.”

Mr Somerville-Ryan said he had been overwhelmed by support from the shipping industry. “Once I explained what I wanted to achieve, the response from the maritime industry was fantastic,” he said. “Now we want to build up our support network because, of course, the more ships and crew we have involved the better the data and the more actionable the maps will be.

“Everyone is welcome - it's a long coast and a big ocean. We can only tackle pollution at sea by getting everyone involved, helping with whatever part they can.”

The development of the Eyesea reporting technology was funded by ChartWorld, a provider of digital navigation technology. CEO Steven Schootbrugge and business development manager Oliver Schwarz have committed extensive resources to the initiative.

“When Graeme pitched Eyesea I was asked to give him 30 minutes. It took him 11 to get me on board and to agree that ChartWorld would develop and donate the App for this initiative” said Mr Schwarz.

“This is something our industry can do that no one else can.”

Ignace Van Meenen, executive board member at MPC Capital AG and Eyesea’s inaugural Chairman, said: “As an industry, we have so much good to offer when it comes to environmental protection, but up until now, there have been few obvious shipping-backed initiatives to support. Eyesea is a unique opportunity for the shipping industry to be the leader in environmental management and to work with members of the public for the good of the ocean. We’ve not seen anything quite like this before.

“No matter who we have talked to about Eyesea, we hear the same feedback from senior executives: ‘I want to do more, we have to do more’. As a result, we have been appointing Eyesea Ambassadors, volunteers from across the industry who personally believe in this project and who want to get the most out of Eyesea’s vast potential to drive and direct change.”

Mr Somerville-Ryan believes Eyesea is an opportunity for seafarers and the wider shipping community that cares so deeply about the environmental health of the oceans to take meaningful action.

“Our people are in a unique position to observe, first-hand, the impact of human activity on the oceans,” he added. “But there is a sense of frustration from those who sail that there is nothing they can do about the things they see. Eyesea gives seafarers a different role - they can now be the ‘eyes of the ocean’, its protectors.”

Further announcements will be made over the coming month in regards to companies involved in the initiatives and results from early data collection.