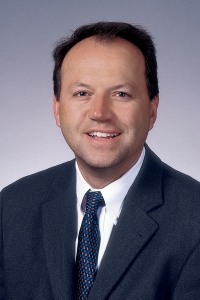 KVH Industries has acquired Headland Media, a UK-based company which distributes licenced content such as movies, sports and music to the maritime industry. It is the first time that KVH has moved from providing vessels with a satellite connection to also offering its own content via its mini-VSAT Broadband network.

The $24 million transaction was closed in May and KVH says it plans to roll out its new services by the end of the year.

Headland Media’s customer base is primarily maritime, currently including more than 9,600 vessels, though the company also serves 1,700 hotels and 1,700 retail outlets.

“As a result they’ve had to physically ship DVDs to ports around the world coordinating their arrival with vessel schedules, which can be difficult.”

“Using KVH’s planned new multicasting service on our mini-VSAT Broadband Network, we’ll be able to send these large files to any number of ships with a single transmission rather than sending the file individually to each vessel.”

“After our latest upgrade to variable coding, spreading and modulation technology which more than doubled the forward-link capacity of our network, we currently have both unused capacity and the ability to schedule our multicasting and other content deliveries to be sent when idle time is available on the network,” said Mr Kits Van Heyningen.

“So delivering these new services will neither interfere with the quality of our customers’ transmission nor immediately require us to add additional capacity to our network.”

“Crew members will be able to enjoy digital newspapers, movies, news clips or updates on their favourite sporting event accessed by modern devices including not only computers but also tablets, smartphones and smart TVs. We plan a multicast premium services to our onboard content platform where it’ll be distributed throughout the ship.”

Mr Kits Van Heyningen said that new software would be released in July or August, which would be tested for a month or two before being deployed across KVH’s entire network. He estimated that KVH could start multicasting content on a global scale in the fourth quarter.

“We believe that KVH offering Headland Media’s unique content as part of our broadband offering will help differentiate our service providing an advantage in winning new customers (and) creating a good reason for existing customers not to leave us when their contract expires,” he said.

Mr Kits Van Heyningen noted that KVH would continue to deliver content to Headland’s customers who do not use its mini-VSAT, “but at the same time we’re going to encourage those customers to switch to our service.”