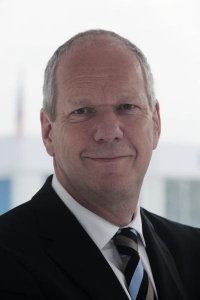 Evert Dudok, chief executive officer of Astrium Services, has revealed some significant details about the form a deal between his company and Inmarsat on the Ka-band Global Xpress service might take, at an event in Paris.

Responding to a question posed at a press briefing at the Paris Air Show, Mr Dudok indicated that Astrium is set to agree to contract to purchase a specific amount of Global Xpress service capacity, perhaps as early as next month, to add to its portfolio of satellite communications services.

“We are Inmarsat’s largest reseller and we are going to commit to use a certain amount of Global Xpress,” said Mr Dudok.

Such a deal may see Astrium, via its Vizada and Marlink indirect and direct sales channels, able to offer the Ka-band service in a way that is markedly different to other resellers offering the service from Inmarsat on a customer-by-customer basis.

This news follows on from our report in the June/July issue of Digital Ship, which confirmed that Inmarsat and Astrium have finally reached a broad agreement on a number of elements of a specially crafted deal that would see Astrium added to the list of GX resellers.

The content of this deal was described by Erik Cueppens, head of the Astrium Services Business Communications division, as a “strategic partnership which goes beyond current VAR agreements”, and signalled the beginning of the end of a standoff between Inmarsat and its largest maritime reseller on the GX service.

The first of the Inmarsat-5 satellites that will carry the GX service is scheduled for launch in 2013. Global coverage is planned for the end of 2014.