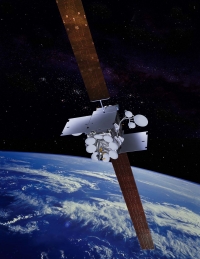 The explosion of a recent satellite launch attempt by a Proton M rocket from the Baikonur Cosmodrome in Kazakhstan has prompted fears that the introduction of Inmarsat’s Ka-band Global Xpress network could be delayed.

The launch of the Proton M/Block DM-03 mission with three Glonass navigational satellites for the Russian Federal Government resulted in a failure when, about ten seconds after lift-off, the rocket veered off of its flight path and returned to earth.

The Russian Federal Space Agency (Roscosmos) has set up a special commission to determine the cause of the failure. Following the commission’s findings, International Launch Services (ILS), which managed the launch, will conduct its own Failure Review Oversight Board (FROB).

ILS has been contracted by Inmarsat to provide launch services for all three launches of its Global Xpress (GX) satellites, also using the Proton launch vehicle from the Baikonur Cosmodrome.

The first of these GX launches is currently scheduled for the fourth quarter of 2013, but the failure of this most recent launch has led to renewed concerns over the viability of the Proton rocket for these flights.

Inmarsat is expected to conduct its own review of its launch arrangements following the incident, which may require the company to defer its upcoming GX launch plans if it is not confident that the attempt will be successful.

This most recent failure is the third troubled launch for the Proton M rocket in the last twelve months.

In August 2012 a mission to launch Indonesian and Russian telecommunication satellites failed to deliver them into orbit, while a December 2012 launch of another Russian satellite was hampered by a premature separation of the satellite from the rocket.

This uncertainty over the launch of the GX programme led to a drop in Inmarsat’s share price, which had closed at 695p on July 2nd before the news broke but dropped to 663p by the close of trading on July 3rd – a drop of approximately 4.5 per cent.

At the time of writing (July 5th) those shares had recovered slightly to move back around the 670p mark.

In a statement Inmarsat said that the company “is aware of the failed launch of the Proton M/Block DM mission”, but noted that at this stage “it is too early to speculate on the effect this will have on Inmarsat’s launch of its Global Xpress satellite fleet.”