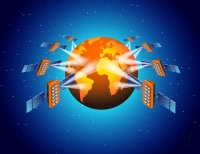 O3b Networks and Huawei have announced that they have enabled a system to allow full 3G voice, data and video transmission over satellite.

The companies report that O3b’s system has been tested in the Huawei Interoperability Lab in Shanghai, China. The simulation tested performance and latency over UMTS/3G mobile backhaul links, including voice, data and video.

Huawei and O3b Networks say that they are working together to provide a service that can act as a suitable alternative to fibre with seamless voice, video and data communications. The companies will primarily aim at deployment of satellite-based broadband in remote land locations, but also on marine ships and drilling platforms in the ocean.

In addition, the two firms have said that they will work together to establish MEO satellite backhaul capabilities for 2G/3G/4G (LTE) systems for Malaysian service provider Maju Nusa. Last June, O3b signed a deal with Maju Nusa to provide 3G Backhaul services across rural Malaysia.

Steve Collar, CEO, O3b Networks, also added: “Winning Solution Partner Certification from Huawei is an excellent endorsement of our network and further underlines the quality of our offer ahead of our commercial launch in 2014.”

“Huawei testing and passing O3b’s network proves that O3b is almost equivalent to fibre for rural 3G/4G and enterprise communications deployment. By comparison, the latency of geostationary satellites means that there is a noticeable delay in voice conversations and many mobile data applications either perform slowly or not at all.”