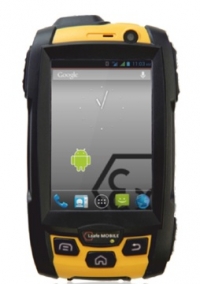 Gentay reports that it has added an intrinsically safe Android smartphone to its range of products.

The Innovation 2.0, manufactured by i.safe Mobile, incorporates the Android 4.2.1 Jellybean operating system and has ATEX/IECEx Zone 1/21 approval. The Innovation line is said to be the "world's first intrinsically safe smartphones."

The smartphone includes the typical functionality expected in a smart device, including internet access, compatibility with Microsoft Exchange, and access to the Google Play Store to download apps.

The unit accepts Dual SIM cards, is Wi-Fi enabled, and has a capacitive touchscreen that is dust and waterproof protected to IP68 standards. It includes a 5MP autofocus camera with flash and standard Android features for picture preview or video recording.

"Convergence of technologies is increasingly common in consumer products, and there is a growing demand for devices that can be used in hazardous environments that incorporate all the functionality that we have become familiar with in our day to day workplace, such as a fully integrated smartphone," said Martin Nygate, director of Gentay.

"Tasks undertaken in hazardous areas that require cellular connectivity, e-mail access, the need to take pictures and videos as well as to use applications available on the internet, have often required the use of multiple expensive devices, however, the Innovation 2 is a single device that will fulfil all these needs."