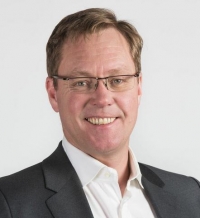 Airbus Defence and Space, formerly Astrium Services, reports that its SkyFile Mail software passed the milestone of carrying more than 50 million e-mails in 2013 - a new record for the company.

The 50 million mails were sent by some 40,000 mariners worldwide – a 25 per cent growth in e-mail volume compared with the previous year. Airbus says that the increased usage was similar for both VSAT and MSS.

"Owners and operators looking to change to our dedicated maritime e-mail solution can keep their existing e-mail addresses and be confident in SkyFile’s ability to enhance their e-mail communications regardless of the satcom band they use,” said Tore Morten Olsen, head of maritime activities at Airbus Defence and Space.

Airbus additionally notes that SkyFile Anti-Virus also saw growth in 2013, with the amount of licences in operation nearly doubling and over-the-air updates attracting an increasing number of users.