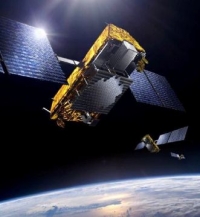 Production on 81 satellites for the Iridium NEXT programme has begun, at the Orbital Sciences Corporation satellite manufacturing facility in Gilbert, Arizona, in the United States.

Orbital will manage production of the satellites under a contract between itself and Iridium’s prime contractor on NEXT, French-Italian aerospace company Thales Alenia Space.

Orbital says it will complete the assembly, integration, test and launch support phases for this second-generation global communications satellite constellation at its manufacturing facility, located in a Foreign Trade Zone (FTZ) in Gilbert which allows Orbital to reduce programme costs by importing foreign-sourced hardware from Thales Alenia Space.

This will include integration of a total of 81 satellites for the constellation, including 66 low-Earth orbit operational satellites, six in-orbit spares, and nine ground-backup spacecraft, over the next three years.

Scheduled to begin launching in 2015, Iridium NEXT will fully replace Iridium’s current satellite constellation of 66 cross-linked low-Earth orbit (LEO) satellites that cover 100 per cent of the globe.

“Over the past three years, our teams have been working diligently to produce the best-designed satellite and to validate that design in preparation for production,” said Scott Smith, chief operating officer, Iridium Communications Inc.

“Team members from all over the world have been working together to challenge the processes, build hardware for validation testing and work to make this process as efficient as possible. “

“All of this hard work has paid off and we look forward to a steady production of high quality satellites for our new network from this facility.”