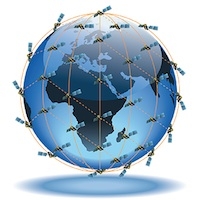 Iridium Communications today announced the completion of the first five flight Main Mission Antennas (MMAs) for the Iridium NEXT constellation,designed by Thales Alenia Space, which will manage the reception and transmission of data to and from various Iridium customer devices on its next generation network.

"The main mission antennas are a critical component of each satellite, and meeting this milestone is a huge step forward for the constellation build," said Scott Smith, chief operating officer, Iridium Communications.

"We're working side-by-side with the team from Thales Alenia Space to ensure these are built to our precise specifications and thoroughly tested to ensure long-term reliability."

With these initial antennas finished, the assembly will now move into high volume production, the company says. Thales will build a total of 81 MMAs, one for each satellite in the Iridium NEXT constellation, including in-orbit and ground spares.

Each antenna is comprised of an antenna control unit and a beamforming network, as well as 168 transmit and receive modules. Once mounted on a satellite and in orbit, the 48 spot beams from each antenna will collectively cover an area roughly the size of the United States.

"This milestone represents a crucial step in building these 81 satellites and brings us closer to the launch of the Iridium NEXT constellation," said Denis Allard, VP Iridium NEXT Project for Thales Alenia Space.

"As we move forward with the build, we will now begin extensive testing of each MMA to ensure reliability."

The Iridium NEXT satellite network will consist of 66 in-orbit satellites and six in-orbit spares. The constellation will begin launching in 2015 and, when fully operational in 2017, will offer greater bandwidth and data speeds than the current Iridium network.

NEXT will include a payload for global aircraft tracking and will also serve as a platform for Iridium PRIME, for hosted payloads.