Maritime to dominate satellite market in next decade 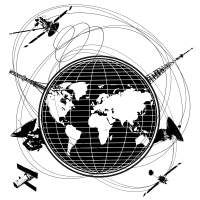 NSR's 'Commercial Mobility via Satellite, 10th Edition' report says that this demand will in large part be due to cruise ships, offshore platforms and merchant maritime customers.

The predicted 160 transponders of FSS capacity required in maritime will service approximately 980,000 in-service units by 2023, the report says, generating more than $5.5 billion dollars in retail revenue.

The report also notes that, over the next ten years, a migration towards High-Throughput Satellite (HTS) offerings is quite likely across most maritime markets, except fishing that may see more hybrid systems such as MSS broadband or small VSAT services alongside narrowband offerings.

“With growth stabilising from economic recession in the maritime market, there is more focus on improving operational efficiencies, providing services to crew to retain them, and to ensure compliance with regulations,” said Brad Grady, NSR senior analyst and co-author of the report.

With newer, larger, more sophisticated maritime vessels under construction, NSR says that connectivity and communications will be a key enabler of cost and operational efficiencies – from fishing vessels to cruise ships.

The company believes that the ‘Fear of Missing Out' for both work and pleasure will trigger a drive to more broadband connectivity, leading vendors to expand into what could be high-growth markets for new bandwidth.

“The passenger market is one visible segment that emulates this trend and as a result will show a doubling of the VSAT market penetration in the next decade,” said Mr Grady, “but at the same time, crew and operational needs in merchant maritime and offshore platforms and vessels will capture the largest slice of the 160 transponders of demand at the end of 2023.”