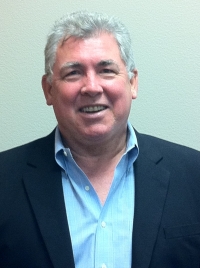 In a move that will come as a shock to many, Inmarsat has announced that Frank Coles has left the company.

The departure comes at a crucial time for Inmarsat, with its Global Xpress (GX) Ka-band satellite constellation in the process of being deployed. Just one of the company's next-generation GX satellites is currently in orbit, with further launches scheduled for 2015.

The GX project had been delayed due to a Proton rocket failure on an unrelated launch in May, with the second and third GX launches having been originally scheduled for 2014. The company has indicated that it expects to have the service commercially available on a global basis during 2015 - but will now do so without Mr Coles' involvement.

Mr Coles first joined Inmarsat in 2011, having most recently served as CEO of Globe Wireless - a company he would return to buy while at Inmarsat, with a $45 million acquisition announced towards the end of 2013. Initially working as senior director of maritime services on the Global Xpress project, Mr Coles took over all maritime activities at the company in early 2012.