Intelsat and Kymeta to develop flat antennas for EPIC Featured 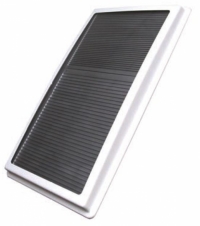 The Intelsat-Kymeta development agreement aims to produce a range of antenna and terminal products across core application verticals, including maritime, as well as creating opportunities in new areas such as the Internet of Things (IoT) and machine-to-machine (M2M) communication.

Kymeta has agreed to work exclusively with Intelsat on Ku-band technology development in certain application verticals.

“Just as important is our investment in this new, metamaterials-based ground technology which will simplify access to our satellites and open attractive new markets for our solutions. Under this joint development programme with Kymeta, we will bring to market innovative solutions for existing and new applications, leveraging performance of our satellite platform.”

“This is especially important as we begin to capitalise on the considerable opportunities that are opening to the sector with respect to connected mobility.”

The first Intelsat EpicNG satellite is expected to launch in late 2015.