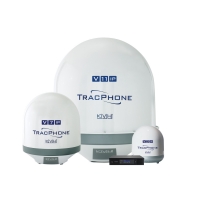 KVH reports that it has recently shipped its 5,000th TracPhone satellite communications antenna system for the mini-VSAT Broadband network, having added more than 1,000 units in the past year.

“When we entered the market, accessing the Internet at sea was ridiculously expensive, either due to extremely high airtime rates or the need for complex, expensive onboard equipment that was difficult to install and maintain.”