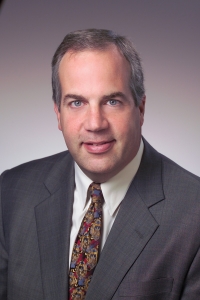 Iridium Communications increased its number of billable subscribers by 75,000 over the course of 2014, up 11 per cent, and increased revenue by approximately $26 million compared with 2013, according to the company’s latest financial results.

"2014 was a strong year for Iridium, as we achieved many of our strategic objectives and exceeded our financial targets," said Matt Desch, CEO, Iridium.

"We reached significant milestones in the Iridium NEXT programme including successful qualification of most hardware components, testing our satellite platform software and completing the upgrade of our ground infrastructure around the world.”

“We also successfully amended our credit facility and completed the related capital raise, strengthening our funding profile and giving us the needed flexibility to execute our operating plan.”

The maritime sector was cited as a strong performer for the company, with revenue from the Iridium OpenPort service increasing by 12 per cent in 2014 compared with the previous year. Iridium’s commercial M2M business also did well, growing service revenue and subscribers by 19 per cent.

“In the maritime market, we finished 2014 on a solid pace growing Iridium OpenPort service revenue 12 per cent year-over-year, with net subscribers up approximately 20 per cent. This was our third consecutive quarter of double-digit growth,” said Mr Desch.

“Our partners continue to tell us that their confidence in the product has been restored, which was our top priority in 2014, and the numbers support that view. The competitive landscape remains favourable for us to build market share as the value player and we will continue to capitalise on this momentum by optimising our pricing, aggressively pursuing new fleet wins and driving data usage across the network.”

The company hopes to be able further build its maritime presence in the next few years if it manages to achieve certification from IMO to allow it to provide satcom services as part of the GMDSS, added Tom Fitzpatrick, CFO and CAO at Iridium.

“Our anticipated 2016 certification for the provision of mobile satellite communications in the global maritime distress and safety system ... represents a source of growth in our maritime business,” he said.

“This initiative not only expands our addressable market to all of the 60,000 vessels that are required to have the safety service.”

Commercial voice and data subscribers, which includes maritime customers, increased 4 percent for the year, to 354,000, with a voice and data average revenue per user (ARPU) of $43 during the last quarter, down 9 per cent from the comparable period the previous year.

For 2015, the company says it expects total service revenue growth between 3 per cent and 6 per cent, and will be focusing its energies on the introduction of its new NEXT satellites.

"As we assess our prospects in 2015, we're excited to be entering the launch phase for our next-generation constellation,” said Mr Desch.

“Our Iridium NEXT build remains on budget, and we have reconfirmed with our suppliers that the system is on track to be fully deployed in 2017. However, we've moved our first planned launch from June 2015 to October 2015, as our partner, Thales Alenia Space, needs the additional time to fully test the payload software before flight.”

“Overall, we have excellent long-term growth prospects and expect to execute against the key targets that ensure our success.”