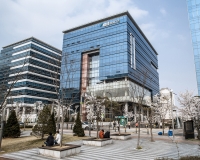 Intellian reports that it has opened a second R&D centre in Korea’s Panygo Techno Valley near Seoul, as well as relocated its administrative office from Gangnam.

{mprestriction ids="1,2"}The Pangyo Techno Valley is an industrial complex that houses a collection of high-tech companies and R&D projects. According to Intellian, the new location is strategically closer to the company’s recently expanded Innovation Centre.

“Bringing together functions like marketing and sales alongside our R&D teams will add an important synergy to the business,” said Eric Sung, Intellian CEO.

“The move to Panygo will also see Intellian positioned as part of this dynamic, world-class R&D cluster with the ability to take advantage of the superior infrastructure, manpower training and networking opportunities that are available.”

“Expansion so far is at almost 400 percent of that of the previous Gangnam office, and we still have immediate plans to recruit a further 30 plus engineers. The new location will further support our efforts in attracting the world-class R&D and support staff that we need to grow the business.”{/mprestriction}