KeyIdea agrees deal to bring One Horizon VoIP to ships 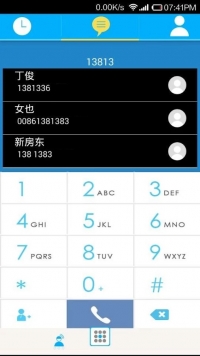 The Aishuo app is already popular in China

One Horizon Group has signed an agreement to be the exclusive supplier of Voice over IP services to Chinese satellite equipment manufacturer KeyIdea Information Technology, which will be incorporated into a new KeyIdea maritime satellite service to be launched in the fourth quarter of 2015.

KeyIdea will purchase pre-paid calling cards from Aishuo and resell to the crew on board, with the cards able to be topped-up online using the Aishuo App. The calls will be carried through Aishuo's Public Switched Telephone Network (PSTN) in China and billed to the crew on a pay-as-you-go basis.

One Horizon has already gained some experience working with other stakeholders in the ship communications market, having previously completed successful maritime deployments with Singtel and with Smart Communications in the Philippines.

“The expansion of our business into providing satellite services alongside our high quality equipment is expected to deliver increased revenue and better margins for KeyIdea when linked together with a turnkey smartphone VoIP service available in all the App stores in China,” said Xiaogang Chen, CEO of KeyIdea.

“We are really excited about the cooperation with One Horizon and using their unique technologies to improve the welfare of the crew on our fleets.”

With its Chinese roll-out having started in later February 2015, downloads of the Aishuo retail App have already surpassed 7 million across the 20 Chinese Android App stores, including Baidu, Tencent, 360.CN and Xiaomi.

“We were delighted to be able to showcase our solution to the newest entrant in the satellite sector here in China and with our track record of success in the Philippines and Indonesia, we were confident in winning this contract,” said One Horizon Group CEO, Brian Collins.

“The team worked tirelessly to deliver what is going to be a truly high quality and affordable calling solution for KeyIdea's fleets.”{/mprestriction}