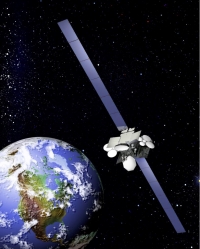 Satellite operator Telesat  reports that it has procured two prototype Ka-band satellites for operation in low Earth orbit (LEO), which it anticipates launching mid-to-late 2017 as part of a test and validation phase for a global LEO satellite constellation.

The company has contracted with Space Systems Loral (SSL) of Palo Alto, California, and Surrey Satellite Technology Limited (SSTL), an independent British company within the Airbus Defence & Space group, for the procurement of the prototypes. Two distinct spacecraft will be tested in low Earth orbit as Telesat works on the design and performance of its contemplated LEO constellation.

“Telesat is proud of our long and distinguished record of satellite innovation, including technical breakthroughs that have enabled our customers to realise significant gains in broadband performance,” said Dave Wendling, Telesat’s chief technical officer.

“Our Anik F2 satellite was the first to provide Ka-band high throughput satellite capacity. We are now developing a global constellation of advanced, high throughput LEO satellites operating in Ka-band, which we believe will offer a number of important advantages for the global delivery of high capacity broadband services.”

“The Telesat team looks forward to working with SSL and SSTL to validate and demonstrate key parameters of our contemplated next generation satellite network as well as with other technology partners as we move forward with our plans.”{/mprestriction}