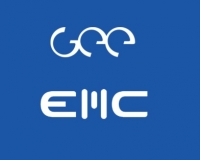 Global Eagle Entertainment (GEE) has signed a definitive agreement to acquire Emerging Markets Communications (EMC), a provider of communications services to maritime and other mobility markets.

{mprestriction ids="1,2"}The combined company will offer global satellite-based communications and media content to both the maritime and aviation markets, as well as selected land-based sectors.

Under the agreement, GEE will pay $550 million for EMC in cash and shares, with payments to be spread between this year and 2017.

As a result of the transaction, ABRY Partners, a communications-focused private equity investment firm and the majority owner of EMC, will acquire an equity position in GEE as well as the right to nominate a member to GEE’s Board of Directors.

Founded in 2000, EMC derives 75 per cent of its revenue from maritime-based activities, with more than 200 customers in over 140 in markets including cruise lines and ferries, yachts, commercial shipping and energy. EMC itself had acquired some of this business by buying MTN (Maritime Telecommunications Network) in 2015.

“This is a transformative acquisition for GEE that significantly expands our addressable market and accelerates our growth opportunities,” said Mr Davis.

“EMC’s verticals collectively represent a multi-billion dollar market opportunity with most growing at an annual rate of approximately 15 per cent. Moving into a highly complementary, adjacent market like maritime leverages our existing infrastructure and suppliers to achieve improved efficiencies and cost savings, and provides valuable cross-selling opportunities for our content, digital media and operations solutions products.”

“We believe the synergies available through this combination position us well to grow market share, expand our margins, and improve our returns in the years ahead.”