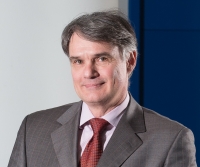 Inmarsat and VT iDirect, who have worked together over the past four years on the Global Xpress programme, have announced the formation of a joint research & development (R&D) team named ‘i2’ to support the development of next generation satellite communications technologies.

{mprestriction ids="1,2"}The R&D project team, which will be based at Inmarsat’s headquarters in London, will focus on the proof-of-concept and prototype phases for new satcom technologies. Inmarsat and iDirect will jointly assess the commercial potential of each new technology before the decision is taken to deploy it in the form of a new product or service.

Among the first projects the team will address are the creation of new systems to support the integration of satcom and terrestrial networks, the requirement for smaller, more powerful satcom terminals, and the boosting of waveform performance.

“This is a highly practical relationship with the objective to deliver a continual flow of market-leading new technologies,” said Michele Franci, Inmarsat’s chief technology officer.

“Inmarsat and VT iDirect have been close partners for many years. We share a common vision of the future development of satellite communications – particularly its growing integration with terrestrial networks. It makes complete sense to combine our resources and capabilities in this way.