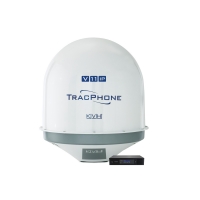 KVH reports that it has seen a number of its mini-VSAT Broadband customers move on to usage-based airtime plans over the last few months, to the extent that his type of package now accounts for the majority of users on KVH’s global satellite network.

{mprestriction ids="1,2"}The company says that some of its largest fleet customers in particular have recently opted for usage-based plans, including ‘Open’ plans, the newest set of usage-based offerings.

This includes shipping company BW, which switched from an unlimited airtime plan to Open plans for several LNG and LPG vessels, as well as Seaspan, which opted for Open plans for 35 vessels. SMIT Lamnalco is also currently conducting a field trial of mini-VSAT Broadband services with usage-based airtime plans for approximately 100 vessels.

KVH says that its usage-based plans still provide maritime customers with the fastest speeds available on its network, regardless of how much data they have committed to on a monthly basis.

“We are excited about the success of all of our usage-based plans, particularly the new Open plans,” said Martin Kits van Heyningen, CEO of KVH.

“When we introduced the Open plans nearly a year ago, our intent was to offer our customers the fastest possible speeds at reasonable prices while giving them control over their consumption with a set of new cloud-based bandwidth management tools. Both existing and new customers are adopting the plans, recognising that they can control and manage costs, while fast data speeds enable them to operate more efficiently.”

“With KVH’s Open plans delivering speeds of 3-4 Mbps, we can provide the average VSAT customer with a user experience that makes the service they’ve been getting from other providers seem like something out of the digital stone age.”{/mprestriction}