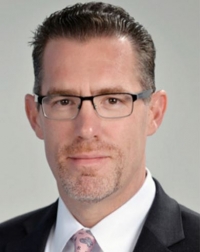 VT iDirect reports that it has completed a successful round of over-the-air tests of its latest generation iQ Series remote on the Intelsat 29e satellite, the first in Intelsat’s Epic series of high throughput satellites (HTS).

The tests were conducted in Intelsat’s teleports, running on an iQ remote installed in Atlanta in the US, and iDirect’s new Universal Line Card and Hub chassis installed in Mountainside, Maryland. The trials included the operation of DVB-S2X carriers with 64APSK, 128APSK and 256APSK modulation and coding, and roll-off factors of 5 per cent.

Intelsat has previously claimed that improved modem and ground technologies should allow its Epic satellites to offer 330 per cent efficiency gains in comparison with its previous generation of Ku-band satellites, and expects these successful trials will drive significant progress in that direction.

“With iDirect's iQ remote technology and Intelsat EpicNG capacity, service providers can transition onto our high performance network while leveraging their existing investment in hub infrastructure. This is an important achievement in enabling our customers to expand their businesses into new applications and geographies and realise their future growth objectives.”{/mprestriction}