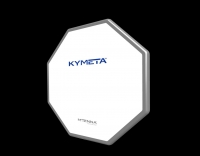 Kymeta has made a series of announcements aimed at hastening the introduction of the company’s flat panel satcom antenna technology to the market, as it confirmed the first commercial trials for the product alongside the launch of a new bundled service package, as well as the sale of an equity stake in the firm to satellite operator Intelsat.

{mprestriction ids="1,2"}The mTennau7, Kymeta’s electronically scanned satellite antenna, will begin commercial trials in May of this year, and the company says it has now begun taking commercial reservations for the satellite antenna and related KyWay terminal.

Alongside the antenna introduction Kymeta has also announced its intention to offer a bundled satellite connectivity service in conjunction with Intelsat, which is set to become available in Q3 2017.

Kymeta says that the KĀLO service will offer direct users, integrators and service providers a new simplified business model for buying satcom connectivity, likening its plans to the current market for the purchase of terrestrial cellular services.

“This is particularly true when moving across different mobility platforms. Intelsat’s ubiquitous global telecommunications network of wide-beam and Intelsat EpicNG high-throughput spot-beam satellites combined with the flexibility of our user terminal technology will fundamentally change that landscape.”

“KĀLO services move seamlessly between these satellites and are sold in simple, flexible, variable-usage packages that are provided in by-the-gigabyte plans we are all familiar with.”

Connectivity will be bundled with Kymeta’s KyWay terminal or mTennau7 ASM (antenna subsystem module), offering global coverage and a variety of data package options similar to those on offer in the satcom market today.

“Kymeta and Intelsat both share a strong belief that better economics and simplified access are essential to unlocking new and fast growing applications, and KĀLO addresses both imperatives in a single service,” said Stephen Spengler, chief executive officer, Intelsat.

“Kymeta's mTenna technology is revolutionising the way people access and use mobile satellite connectivity, and with KĀLO, customers will have simplified access to Intelsat’s globalised satellite network and its IntelsatOne Flex managed services platform for secure and powerful high-speed connectivity.”

“Together, Intelsat and Kymeta will be strongly positioned to deliver on our commitment to provide fast, affordable mobile broadband connectivity to people on the move.”

Intelsat’s commitment to the product is further evidenced by its confirmation that it has taken an additional equity stake in Kymeta alongside this service announcement, a deal which will see Mr Spengler take a place on Kymeta’s board of directors. The value and size of the stake has not been disclosed.

“We are excited to have Intelsat as an investor in Kymeta,” said Dr Kundtz.

“This investment further solidifies the KĀLO bundled services offering by providing a global high-throughput network for our easy to purchase services packages. In tandem with our commercial product release of Kymeta mTennau7 and KyWay terminals, the relationship with Intelsat is core to our strategy for growth. The investment aligns with our mutual interest in simplifying satellite access.”{/mprestriction}