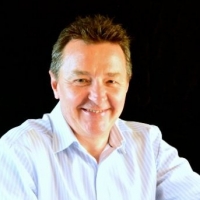 Communications software company GTMaritime has released details of the level of unwanted e-mail traffic required to be blocked by its cybersecurity applications before being sent over satellite to ships at sea, with some 3.3 per cent of all messages constituting spam or viruses.

{mprestriction ids="1,2"}For an average 5-day period, the company says that its e-mail gateways deal with some 1,038,144 e-mails, of which 31,836 are classed as spam (including Real-time Blackhole List blocking), and a further 2,196 are found to contain a virus.

While spam e-mail can be a nuisance, potentially slowing down satellite connectivity and adding additional data costs, viruses carry a more serious and longer-lasting threat should shipboard networks become infected and compromised.

“In the event of a cyber security incident on board a vessel, the best case might be a crew PC becomes unusable, however this could easily become the captain’s PC, navigational equipment, or engine control systems,” said Robert Kenworthy, CEO of GTMaritime.

“You only need to look back to 2010 to the Stuxnet virus, which specifically targeted industrial control systems and was perhaps the first major incident in modern cyber warfare – while this looks to have been a state sponsored activity, the rise in anti-globalisation rhetoric and the ever evolving capabilities of activist groups increases the risk for the industry.”

“In a traditional land based operating environment compromised systems can cause huge inconvenience and loss to an organisation. Out at sea this can become much more acute as the ability for the IT department to intervene is much more difficult. While in all areas of cyber security prevention is preferable to a cure, this mantra is never more relevant than in the remote environment of a vessel at sea.”

Best practices recommended by GTMaritime for protection against a cyber incident include continual updating of anti-virus software, keeping regular system backups, avoiding opening attachments or Word/Excel documents that contain macros (.docm, .xlsm files), and ignoring links in e-mails unless they are to a trusted website.{/mprestriction}