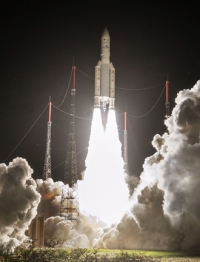 Intelsat has announced that its 29e spacecraft has been completely lost, following previous news in early April that the satellite experienced damage causing a leak of the propellant onboard the satellite.

The satellite is currently unable to be moved and there are some concerns around the danger it poses to other items in orbit. In addition, there are significant financial losses as a result of the satellite only completing three years of its 15-year orbit, following successful launch on January 27, 2016.

A failure review board has been convened with the satellite’s manufacturer, Boeing, to complete a comprehensive analysis of the cause of the anomaly.

Intelsat has also been in active contact with affected customers.  Restoration paths on other Intelsat satellites serving the region and third-party satellites have been provided for a majority of the disrupted services. Migration and service restoration are well underway.{/mprestriction}