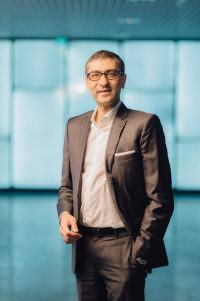 Inmarsat has announced that Rajeev Suri, former Nokia CEO, will join the business and assume the role of CEO and become a director of Connect Bidco, the holding company for Inmarsat, from 1 March 2021. Rupert Pearce will step down as CEO from 28 February 2021.

Rajeev’s most recent role was President and CEO of Nokia, a position he held for six years. Prior to that, he was the CEO of Nokia Siemens Networks for five years, a joint venture company that merged Nokia’s and Siemens’ networks businesses. Since stepping down in August 2020, Rajeev has worked in senior advisory roles with private equity firms Warburg Pincus and Apollo Global Management.

He has a record of accomplishments, including moving Nokia to one of the top two players in telecommunications infrastructure through both M&A and organic growth, doubling revenues to EUR 23 billion in 2019 and increasing non-IFRS operating profit from EUR 28 million in 2009 to over EUR 2 billion in 2019 during his eleven years of leadership. Rajeev led the consolidation of the network infrastructure sector from ten players to three major players in just over a decade, leaving the overall industry much healthier. During his time as Nokia CEO, large shareholder returns in the form of dividends and share buybacks of EUR 8.5 billion were made.

Rajeev most recently led Nokia’s leadership in 5G for communication service providers and successfully diversified Nokia into new business areas. He established an independent software business that became the leading telecom software business in the world, quadrupled the annual recurring revenue run rate of the patent licensing business and led a new foray into large enterprise networks with double digit revenue growth over the last several years. Rajeev will be based in the UK.

Rajeev Suri said: “I am very excited to join Inmarsat, and to work closely with such skilled people, at such an important moment for the company and the satellite communications industry as a whole. I have been very impressed by the capabilities and ambitions of the company and its partner community and wish to pay tribute to their ethos, drive and ingenuity. Together, they have established technology leadership in satellite mobility, underpinned by a unique understanding of the customer.”

Mr Sukawaty continued: “Rupert has been with Inmarsat for 16 years and as its CEO for just over 9 years and has led many initiatives and accomplishments which have laid the foundation for the future. He has been an excellent and forward thinking leader and the Board and I want to extend heartfelt thanks to Rupert for his tremendous contributions to Inmarsat. I am delighted also that Rupert will provide advisory services to Rajeev for a transitional period.”

Rupert Pearce said: “Inmarsat has established itself as world leader in space technology and I feel privileged to have worked with such a dedicated and talented group of people during my time at the company. I wish Rajeev and the company the very best for the exciting future ahead.”