Optimizer to save fuel 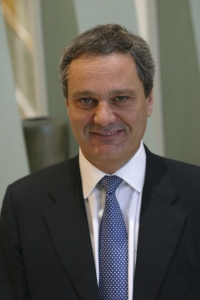 Inatech is set to launch a new software system called Optimizer, that it says will provide guidance to shipping companies on how much fuel to buy at which port, in order to save money.

The UK-based company is the developer of the ShipTECH fuel management system, which supports processes such as bunker procurement, claim submission, risk management, accounting, and advanced reporting.

“We wanted to go one step further and develop on top of that system some business intelligence, which we are calling the Optimizer,” CEO Jean-Hervé Jenn told Digital Ship, noting that Inatech had already carried out tests of the service with some of its prospects.

“We could come up with potential savings of 2 to 5 per cent of the fuel bill,” he said.

Mr Jenn noted that the Optimizer works better for container lines, which run a shuttle service and therefore know which ports they will be calling at, than for the tanker industry which is less predictable as it is more similar to a taxi service.

In its first version, which will be launched on September 1st, the Optimizer takes into account 20 parameters, such as the number and size of the tanks, or the depth of the port, “but we’ve got a list of up to 100 parameters that we think we can input into the Optimizer at some point in time,” notes Mr Jenn.

Clients can install the software on premise, on their own computer, or opt for the cloud version and let Inatech operate it on their behalf. Two further steps are then necessary before it can be operational.

“The software is going to interface with some of your systems, like the accounts payable and the accounts receivable traditionally. So there is some integration to be done," said Mr Jenn.

"And of course, to capture the intelligence you need the data, so you’re going to need to load the historical data from the company. These are the two things: integration and uploading the data. But once you’ve done that, you can be operational.”

Mr Jenn notes that, as fuel costs today represent up to 60 per cent of the operating cost for shipping companies, and with a company operating 100 ships potentially spending one to two billion dollars a year on fuel, saving two to five per cent of that represents a handsome amount.

In comparison, the Optimizer will cost approximately US$8,000 to $10,000 per vessel, annually.

Inatech is already working on the next version of the Optimizer, and with regulations on new sulphur fuel coming into force in 2015, “it’s not just one type of fuel that you need to optimise, it’s two or three different types of fuel – that makes it even more complex,” says Mr Jenn.

“Multifuel will be the next version.”