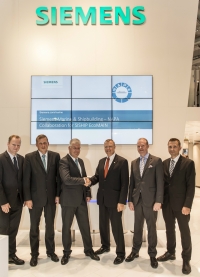 NAPA has announced that its Logbook, which provides awareness of vessel operations to shore operators, will now run on Siemens’ Siship EcoMain platform.

NAPA has developed a version of its Logbook which will integrate into Siship EcoMain. The Finnish software house says that this will maximise information sharing between stakeholders on board and ashore.

Siship EcoMain is a platform which gathers operational data from various installations and systems onboard and processes it in a standard format. The Siemens platform pools data from all modules to help ship operators optimise their use of energy and resources across on-board processes.

“The unique concept of Siship EcoMain is its integral approach to collecting and consolidating operational ship data from different system suppliers,” said Patrick Mueller, application management, Siemens. “This supplies superior applications via a simple and standardised interface.” “Both native and third-party products become an integrated part of Siship EcoMain, such as the integration of NAPA Logbook in this agreement,” he added.

Juha Heikinheimo, president of NAPA Group, commented: “Ship owners and managers are under increasing pressure to monitor and control their fuel costs, environmental and safety credentials. Through integration into Siemens’ Siship EcoMain platform, we will be able to ensure more owners and operators have access to products developed over years of excellence in delivering safety and eco-efficiency to the industry.”