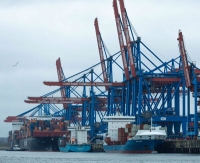 Following a five-year review, the IMO Facilitation Committee has approved amendments to the Convention on Facilitation of International Maritime Traffic, 1965, which will introduce the mandatory electronic exchange of information on cargo, crew and passengers.

The convention deals with procedures relating to the arrival, stay and departure of ships, as well as to their crew, passengers, baggage and cargo.

Public authorities will be obligated to establish systems for the electronic exchange of information within three years, and a transitional period of approximately 12 months will exist, where paper and electronic documents will both be allowed.

The IMO has recommended the use of a “Single Window” concept to enable information entry without duplication. An existing EU directive mandates that its Member States must adopt a “Single Window” system by June 2015 at the latest.

The IMO has stated it plans to develop a “Single Window” prototype in conjunction with experts in IT and port clearance.

Other developments include the addition of cyber security to the Committee’s agenda, with the IMO recognising it as “a relevant and urgent issue for the Organisation.”

The new revised annex could enter into force 15 months after adoption, under the tacit acceptance procedure.