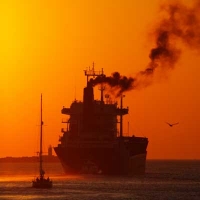 IMO is asking for formal expressions of interest to host centres to promote cooperation in the field of maritime technology, as part of its efforts to help mitigate the harmful effects of climate change.

The MTCCs will receive allocations from the €10 million European Union funding available for the project. They will be established and resourced to become centres of excellence, promoting ship energy-efficiency technologies and operations.

IMO is inviting organisations located in the target regions with the capacity to set up MTCCs to submit an Expression of Interest by 15 May 2016.

Each MTCC will be hosted by an existing organisation (or consortium of organisations) with credible standing in its region, engagement with industry and government, a track record of regional outreach and the ability to provide the MTCC with in-kind hosting support such as office space, as well as related logistical support.

The selection process will consist of three steps: Call for Expressions of Interest; Due diligence missions to short-listed entities; and Call for full proposals.

The five organisations whose bids are successful will go on to host MTCCs with initial funding support from the project. They will enter into a contract with IMO to deliver mutually-agreed project milestones over a three-year period.{/mprestriction}