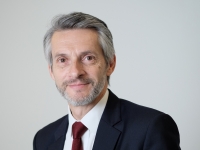 BIMCO has launched a new software module called SmartCon, which aims to simplify work processes for users when drafting contracts and clauses based on BIMCO standards.

{mprestriction ids="1,2"}SmartCon’s features are connected to Microsoft Word to use within Word documents, allowing the software to more easily integrate with existing workflows. The contracts can be securely shared until they are fixed, with the documents protected and authenticated by Microsoft’s Cloud security infrastructure.

“SmartCon is a brand-new approach to contract editing, we believe that it will significantly ease the work life of our current users and will attract new users to BIMCO’s contract universe,” said Grant Hunter, head of contracts and clauses at BIMCO.

“Our contracts are widely used around the world, which provide greater certainty of the intended commercial outcome – helping the users manage their contractual risk.”

SmartCon replaces a previous system called IDEA, which is used by some 3,000 companies and currently handles close to 40,000 contracts a year, having been introduced in 2000.

The new software includes all of IDEA’s software features, but is now based on an encrypted Word document with improved editing functions, including context sensitive explanatory notes, direct access to eLearning modules, and the ability to write directly to BIMCO’s Support & Advice function.

BIMCO notes that an authentic contract can be opened using the software, and then edited and changed as required without compromising the integrity of the document. The changes can be seen by both parties, while the core features, which make it a binding legal document, cannot be removed.

The updated software also benefits from recent advances in Microsoft’s own software infrastructure, including the advent of Office Groups and its broader range of Cloud technologies, which reduce pressure on internet bandwidth and increase the number of potential users while also improving security.

Customers can use multifactor identification, for example through Microsoft’s app, where opening a document requires an additional code to be sent to the user’s phone. BIMCO says that it does not store user information in its SmartCon infrastructure either – everything is in Microsoft’s Cloud and protected by Microsoft’s technology.

Thirty-five of BIMCO’s most popular contracts are being made available in SmartCon at launch, with more to be added over time.{/mprestriction}